One of the four most commonly given reasons for adopting a plant-based diet is concern for the well-being of animals, sometimes referred to as animal welfare. This term has a very broad definition – from ensuring livestock animals have had a drink of water before they are transported, to making sure your companion animal is properly exercised and nourished.

The subject is complex – full of passionate opinions and well-argued legal positions – and has been under discussion for several centuries. It is clear that a great many people truly care about animals of all species and wish them no harm.

If you feel uncomfortable eating animals and their secretions because it feels unjust, seems barbaric or you simply don’t want to harm them, be assured that many others – throughout history – have felt similarly and have acted to appease their discomfort by not eating the flesh or fluids of animals. You can do the same.

But there is more. 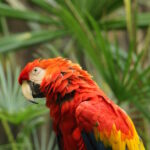 Realizing how animals are treated and how they live while under human influence might inspire you to learn more about ethics – the philosophy of right and wrong. You will find ethics referred to in every walk of life and described in both simple and intricate terminology. As a philosophy, ethics is an on-going ‘conversation’ that pertains to every aspect of human existence. In your individual life, it means considering the moral principles you would like to live by and then putting your choices and thinking into practice.

Before you explore the subject of ethics, however, you might appreciate a brief line-up of various ways in which we humans relate to animals. This can be useful early in your thinking because it helps to clarify the fact that, by and large, what humans feel and think converts to what humans do.

Most people fear some sort of animal, even if the fear is residual or easily controlled. Creatures that are commonly thought of as scary include spiders, rodents, snakes and wasps. We seem to be born with such specific fears, even if we adore all other animals. When faced with a creature that we find frightening, it is usual to have an ‘extreme’ reaction such as crying out, moving rapidly away or even trying to attack the creature.

Some people don’t have any feelings for other animals. They don’t hate them or fear them; they simply do not register them and so do not relate to them. It is not that they intend to be cruel, but that they do not include animals in their sphere of awareness. In human-to-human relations, disregard can be a prelude to atrocities, injustice and inequalities. 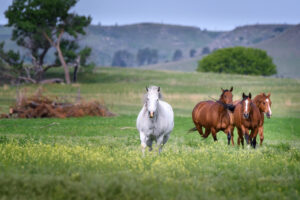 A deep respect for animals, usually specific ones, develops when people recognize ‘character traits’ that impress them or ‘soul qualities’ that touch them. Such recognition at once transcends the species boundaries and enables an affinity to develop between the person and the other animal.

Reverence can manifest as worship, protective treatment or in the creation of totems, which are meant to transfer the traits and qualities to the human. Currently, reverence of this sort is associated with primitive cultures and earlier times. However, an emerging mood of reverence for all life forms is gaining traction. This mood is associated with a shift in consciousness and an awareness of the inter-connectedness of all life. 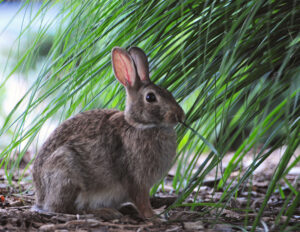 It is true that species often must compete for resources, including food. Not so long ago, you could walk past a corn field and see scarecrows. You can still see vegetable gardens with bits of tin foil or broken CDs tied in a strip of bunting. These are intended to scare away any birds who might want to eat the seeds just planted.

People can feel very competitive, especially if they fear there is not enough to go around! An old seed-planting rhyme tries to put this worry into perspective: ‘One for the wind, one for the crow, one to get sodden and one to grow.’

Whether it’s food, wealth or love, generally we can ensure there is enough for everyone by turning competition into patience, compassion or sharing. 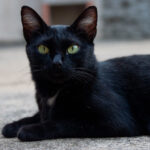 The crucial idea here is that a benign relationship, a teaming up of human and non-human animals, can occur for mutual benefit. The dog began this process about 33 000 years ago; the cat only about 10 000 years ago. Other animals, such as horses, have crossed that boundary to some extent, too. There is a lingering question as to what triggers this phenomenon but it possibly creates a genetic difference that makes it easier for subsequent generations of animal to domesticate. 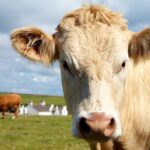 Millions of animals are bought and sold every year. Ownership conveys legal rights over the animal and a few responsibilities, too. Animals born into ownership comprise the majority of all animals. Livestock animals out-number free-living animals – also called wild animals – which currently are imperiled by loss of habitat and other pressures such as hunting, poisoning or culling by humans.

Although you might think of ownership as a formal confirmation of domestication, most livestock animals, for instance, are owned but do not have a domestic relationship with their owners.

Ownership is then a commercial relationship and owners generally receive no encouragement to see animals as sentient creatures. Instead, the animals are owned as a resource from which the owner can derive income. In modern industrial farming especially, the livestock animal is treated as a mini-factory, producing income for the owner via the animal’s own flesh, their fluids and their offspring. 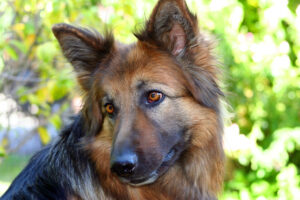 People who live with domesticated dogs or cats might call them ‘pets’ and themselves ‘owners’ but chances are they don’t feel like owners. In fact, some will claim that their pet owns them! In any case, this terminology is changing: the animals being called ‘companion animals’ and the humans, ‘guardians.’ In most of these relationships, the human-to-animal bond is strong; the animals are treated as members of the human family and the animals seem to protect and care for their humans.

People who live with domesticated animals often adopt ‘rescue’ animals from animal charities. Although the human usually donates money to the charity when they take the animal home with them, in this scenario the meaning of ownership is again greatly altered, focusing instead on the human’s responsibility to look after the animal.

This is a distortion of domestication in that the relationship is not of mutual benefit. Instead, humans exploit the animals for their own purposes, while the animals rarely benefit. You might argue that if an animal is fed and sheltered, they do benefit. However, the cost to an exploited animal – including loss of freedom, loneliness, fear, anxiety, donation of their body and a shortened, unhealthy life – seems far too high to be thought of as beneficial.

This relationship usually arises from exploitation, where the domineering human is utterly convinced that the animal is less intelligent, less important and less worthy in every sense. The human puts themselves in a controlling role and asserts that role without respect for the animal.

It is easy for an exploited creature to become one that is dominated. If they are physically captive, for instance, they can readily fall victim to suffering that is inflicted through experimentation, dire living conditions or mental and physical cruelty delivered by their captors. 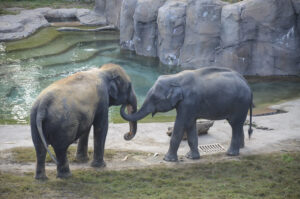 There are many people who recognize and accept that humans are but one species of animal. They see the similarities between humans and other species without feeling embarrassment or revulsion. Empathy extended to animals acknowledges their sentience without anthropomorphism, the tendency to treat or think of the animal as human.

In fact, empathic people generally feel empathy for all others, whether human or non-human. This capacity – to feel deeply what one can imagine another is feeling – is a highly-tuned sensitivity. This is what people are reaching for when they say to another person, ‘Walk a mile in my shoes.’ Empathy is often disparaged as a form of ‘emotionality’ indicating weakness. Yet, it is possibly the soul quality most urgently needed in our time.

This term is useful to describe a relationship that is a composite of reverence, domestication and empathy. There are many philosophical transitions underway in this relationship and potentially one or two conflicts of interest. However, it is companionable, respectful and loyal – all rather positive points of reference to hold onto while a new mode of relationship is achieved. 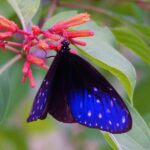 Over to you, now. There is a great deal to think about. Realizing how human thoughts and feelings translate into actions that can affect animals might help you to re-align your own choices and attitudes.

If you would like to read one or two start-up discussions on ethics, try these:

If you are interested in learning more about animal welfare in science, ethics and the law, please visit the University of Winchester’s Centre for Animal Welfare founded by Professor Andrew Knight.

In addition, Professor Knight’s informational websites include www.AnimalExperiments.info and www.HumaneLearning.info and www.VegePets.info. More information, including a link to his YouTube videos, is available here. 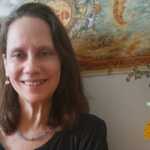 Peg is here to help you every step of the way along your journey to a healthy & happy vegan lifestyle. Take the first step and sign up for her free newsletter! 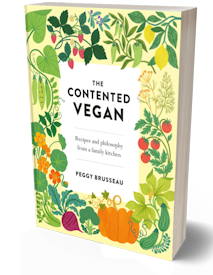 THE CONTENTED VEGAN is a complete guide to the emerging vegan lifestyle. Based on two decades experience of raising a vegan family.

An Abundance of Nutrients

Go Easy on the Environment

I don’t know if you find it hard to remember web links that are impossibly long and full of gobbledygook?

If you are, then I’ve got some good news…

We’ve made it incredibly easy for you to share a link to my book with your friends – in a way that doesn’t require a degree in programming!

Simply give them this link–

No www or anything else – just get dot veganbook dot today. That’ll do the trick – try it!